David Matthews, the composer’s notes on the 10th Symphony – June 2022 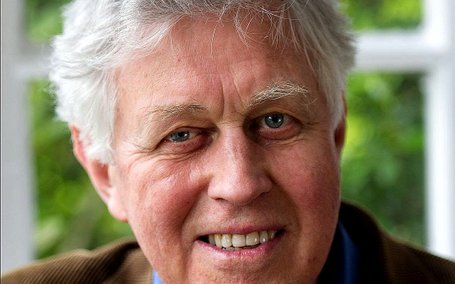 Reading the Australian Charles Massy’s book Call of the Reed Warbler on regenerative agriculture – he is himself an organic farmer in New South Wales – has reinforced my own long-held view that our world will only be saved from environmental ruin by a regeneration of the soil, and by our being once more in harmony with nature instead of trying to dominate it.

Massy is very convincing on the disastrous use of chemicals in agriculture, which far from enriching the soil are severely depleting it all over the world, and on its other results of exterminating wildlife and poisoning our food, leading to many of our new serious diseases. He is optimistic that farmers will eventually realise that chemicals are not only harmful, but in the long run counter-productive.

My music has always been concerned with nature, and Massy’s book has inspired me to write a piece that expresses my own fragile hope that all may not yet be lost. Living in the Kent countryside during 2020’s beautiful spring, a wonderful palliative to the coronavirus, reinforced my own perception of belonging to nature, not alienated from it, and I wanted somehow to express this feeling in a Tenth Symphony.

It is a continuous piece in three sections, corresponding to Massy’s division of human evolution into three stages, which he calls ‘the organic mind’, where man was in harmony with nature (as an Australian, Massy particularly singles out the Aboriginals), ‘the mechanical mind’, the state we are presently in, and ‘the emergent mind’, the state which, if we regain our senses, we may possibly reach. The three main sections are prefaced by an introduction that aims (I hope not too pretentiously) to evoke the creation of the world, expressed by a 12-note chord in rising fifths, with C and G very strongly in the bass and then D, A, E, B, F sharp, C sharp, A flat, E flat, B flat, F. The three trumpets enter on a high fortissimo C (‘Let there be light’), then a pianissimo C-based chord.

There follows an ancient Cretan folksong on cor anglais, playing offstage, representing the beginning of Western music. The main ‘organic mind’ section, in three parts, is based on historical musical forms: first a six-part fugue for strings whose entries go through the twelve keys from C to F; then a brief sarabande for wind and brass; thirdly a compressed sonata allegro whose main theme is derived from the fugue, a kind of homage to my favourite composer Beethoven, whose Pastoral Symphony might be seen as the culmination of the organic mind.

A transition passage incorporates more chromatic harmony, leading to the ‘mechanical mind’ section, which is a scherzo-ostinato, mostly loud and violent. It is in 7/4 throughout, and is based on the scherzo of my Second String Quartet which was deliberately influenced by 1960s rock music. It isn’t an entirely negative piece, as it also expresses some of the exuberance I felt at being alive in that time. It begins with a number of different ideas that will be incorporated in the main section. A climactic ending is followed by a modified repeat of the earlier transition passage, leading to the ‘emergent mind’.

This has four linked parts, the first an elegiac adagio; then a repeat of the Cretan folksong on solo viola introducing a kind of English folksong, beginning very simply and becoming more elaborate; then an Allegretto giovale dance with a central ‘trio’ evoking a sunrise; finally a blackbird song on solo clarinet sounding over the opening 12-note chord played softly by the strings. The birdsong ends; the chord dies away, and finds resolution in a ppp C major string chord.

As I finished the Symphony at the start of 2021, it still seemed just possible that the tentative hopes expressed here might eventually become a reality. My Tenth Symphony is dedicated to Jac van Steen in friendship and gratitude for the superb performances he has given of my orchestral music.